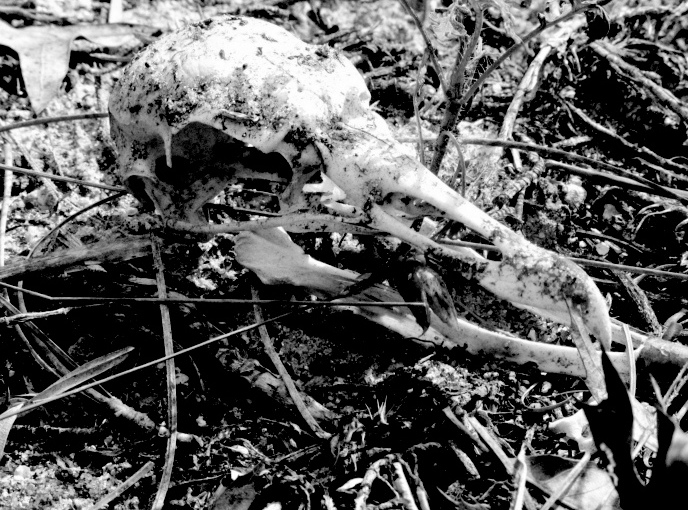 In any job dealing with wildlife in the field, you’re eventually going to have to deal with things many people find frightening, disgusting, or just plain creepy. I have caught and been bitten by snakes, walked through countless spiderwebs, and waded around in ponds with a thick layer of scum on the surface.

One of my projects in the summer was to trap, measure, mark, and release snakes. To that end, my co-workers and I set up giant X-shaped silt fence arrangements with a trap in the center and buckets as pitfall traps at each end. The buckets were covered with little plywood tables to provide shade. One day I lifted up one of the plywood tops and found this:

That is a pigmy rattlesnake in the bucket. Next to it is a very large wolf spider. On the underside of the plywood is a black widow spider and the dried-out corpse of a scorpion. An arachnophobe’s nightmare.

Another thing that creeps a lot of people out is dead things. We often found the bones of dead animals in the woods — so many that my co-workers decorated an office Christmas tree with bones and shells instead of the usual glittery balls. And every fall we had to remove jawbones and brain stems from piles of frozen deer heads donated by hunters, to determine age and test for Chronic Wasting Disease. It was less disgusting when I was actually doing it than when I was watching someone else do it.

None of these things bothered me very much. I started out with a very low level of creeped-out-ness, and that went away quickly. I’m fine with spiders if they’re not actually crawling on me, and if they are I’m still pretty calm about it. I started out a little nervous about snakes, but got over that. They don’t scare me at all anymore, unless it’s a pit viper, in which case I just give it plenty of space. I’ll admit this sometimes has made me less sympathetic than I should be about other people’s irrational fears. I’ve been known to laugh at a co-worker who was flailing around crazily to get spider webs off them.

Do you have to be fearless to do this kind of job? Not at all. You just have to be willing to habituate yourself to things you’re afraid of. From what I’ve seen, people overcome their fears pretty fast if nothing terrible happens to reinforce them. I’ve had co-workers who started out petrified of one or more of the things I mentioned above. One would get light-headed at the sight of blood. Another started out afraid of snakes and spiders; she got over her fear of snakes, but was still a bit freaked out by spiders. One was fine with spiders and absolutely delighted in cutting up deer heads, but was afraid of snakes. He overcame that fear, and one day he caught a six-foot rat snake with his bare hands.

So, if none of these things scare me, what does? Hospitals. Yup. Walking into pretty much any medical facility makes my skin crawl. Google tells me the word for fear of hospitals is nosocomephobia. For everyday-life purposes, it is way stupider than fear of snakes or spiders. You ophidiophobes, hemophobes, and arachnophobes can totally laugh at me. 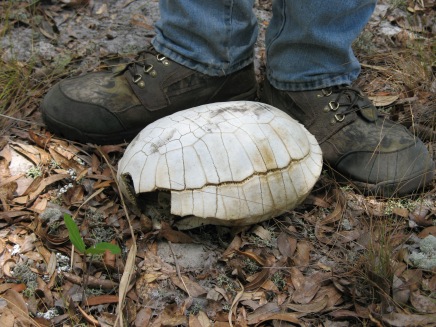 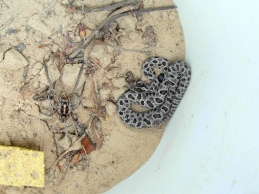 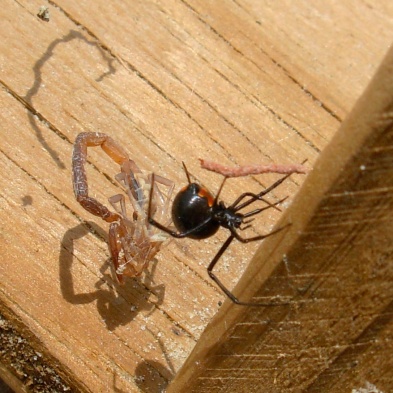 16 thoughts on “An arachnophobe, a hemophobe, and an ophidiophobe walk into a forest…”